Our expert staff is standing by to answer your questions

Web application penetration testing is the practice of simulating attacks on a system in an attempt to gain access to sensitive data, with the purpose of determining whether a system is secure. These attacks are performed either internally or externally on a system, and they help provide information about the target system, identify vulnerabilities within them, and uncover exploits that could actually compromise the system. It is an essential health check of a system that informs testers whether remediation and security measures are needed. 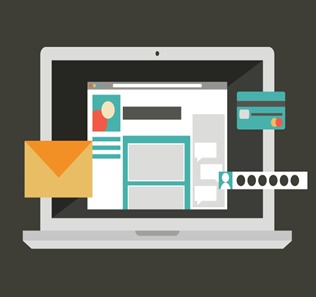 We adopt the following key steps to performing penetration testing on web applications so that anticipated results can be achieved with respect to Web application security.

During the planning phase, we define the scope, timeline, and testing target, determine the scope of the target environment, and develop the communications procedures. Additionally, application pages are also tested to perform either internal or external testing or both.

We also strictly focus upon the timeline for the whole process. This ensures that the assessment doesn’t drag out and timely security controls can be put into place to strengthen the defence for application.

In this phase, reconnaissance is carried out which is important for paving the way for the next phase of testing and any other information available publicly that can be used against the organisation.

During the attack phase, we do vulnerability detection, scanning, service identification, and exploit the vulnerabilities found in the last phase.

There are several key benefits to incorporating web application penetration testing into a security program.

At the end of the penetration testing procedure, we provide our customers with a set of reports and recommendations to effectively eliminate the detected breaches: